The making and meaning of the most engaging commemorative Instagram posts by every Premiership club.

The passing of the Queen was commemorated by every English football club and Mediacells has analysed the making and meaning of the most engaging memorial posts through the lens of the English Premier League (EPL). There is a solemn focus on inclusive, shareable content with legendary FA Cup moments across the Premier League in celebration … Read More The making and meaning of the most engaging player transfer posts from every top level club in Europe.

Mediacells applied an engagement benchmark to the official club announcements on Instagram to provide two key take aways. Firstly, the most engaging player-transfer posts do not always equate with popularity. In the Premier League Pierre-Emerick Aubameyang was the biggest deadline-day news item but his arrival at Chelsea was somewhat eclipsed by the arrival of Raheem … Read More Women’s football only going in One Direction

Mediacells decided to benchmark the bluebadge (blueticks) Twitter accounts by retweets and likes to figure out which celebrities, royals, sportsfolk, politicians and YouTubers engaged the most over the Wembley Women’s Euro 2022 final. Top 100 #WEuro2022 Influencers 7k bluebadge influencers tweeted about the Lionesses’ win over Germany Royals and Comedians mingle in the Top 5 most engaged Most engaging … Read More Spotify are on a mission to grow the music brand worldwide and the Swedish music streaming giant claims, “there are few partners (like FC Barcelona) that (sic.) have this sort of scale and global reach.” Media interest in the partnership has gone global, with some social media listening platforms putting a reach figure of the … Read More The audience are collateral damage in the streaming wars

Media groups are set to spend more than $140bn on added content in 2022 despite overwhelming, eye-watering losses across the top eight US media groups, according to investment banks, analysts and number-crunchers at the Financial Times.  The numbers surely downgrade the sports streaming giant DAZN’s recent announcement of $1.3bn losses from ‘eye-watering’ to more of … Read More 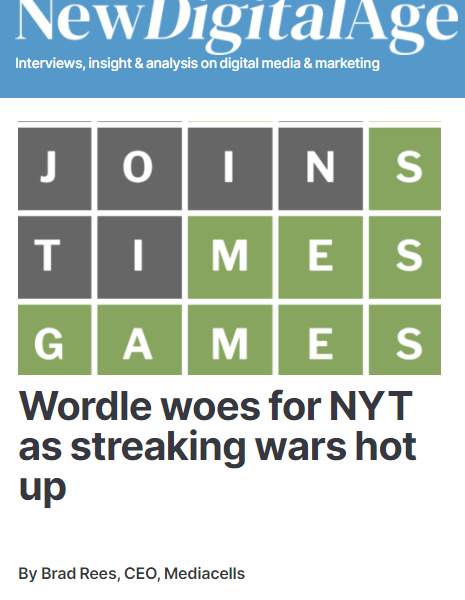 Buzzfeed recently published a quiz on Valentine’s Day where you can find out what kind of a Wordle player you are and what this says about you. (link at the end of the article) I tested myself with some office pals and we distributed ourselves across the four Wordle player types, but a bit like … Read More The tiny 2022 acquisition that is a huge media story

Many of Mediacells friends and competitors have been predicting developments in the new-tech arenas but all this has been overshadowed by a very human story today and perhaps sets the narrative tone for 2022. Even the nostalgic, rags to riches success story of Bobby Kotic’s Activision, a brand saved from the 1980s arcade game scrapheap … Read More This month, Mediacells uses the data lens* of the Football Money League’s 2021 top 20 clubs and benchmarks each club by official TikTok views from Jan. 01 to Nov. 4, 2021. Watch and then Repeat! 520m views from top 20 club clips but beware big numbers. The huge numbers that the platform throws out can … Read More Money can’t buy you love, or can it?

Fortunes are changing for the top European football clubs. Our forthcoming report looks at the big-revenue clubs through the lenses of TikTok, Instagram and Twitter to identify power shifts in club engagement. This season our Club Social analysis extends across Europe to look at top tier teams and leagues to capture the essence of success … Read More Mediacells Summer of Sport report resonates across the globe

Fan engagement insights from the Summer of Sport report, engaged audiences across the UK, Europe, the US and Asia. The September media release was carried across diverse news cycles including major newswires, search engines and of course social media. On the eve of our October report we are offering the full September report for download. … Read More TikTok was the global digital entertainment sponsor of UEFA EURO 2020 and aimed to establish itself as a home for football fans to share their passion forthe game – as well as driving awareness with new audiences. There was a combination of official and unofficial voices expressing their passions, interests and reactions towards the tournament … Read More Newcomers Brentford Football Club opened their Premier League account at home with a 2-0 win over Arsenal which converted to a record follower growth in Twitter. At the beginning of last season Everton claimed the stealthiest follower growth (2%) after signing Colombian attacking midfielder James Rodríguez. On a more cautionary note Brentford’s post output was … Read More The Football Association’s condemnation of the racist abuse of England players after the UEFA EURO 2020 Wembley finale is consolidated in the majority of messages to Gareth Southgate and his final-qualifying squad to the official England Twitter account. At the end of the tournament, England went out on penalties but maintained a premier position in … Read More England are the most engaged national team #euro of the UEFA EURO 2020 so far. Out of the top ten tournament tweets, nine are from the England national account. The exception is Nazionale Italiana Sicurezza sul Lavoro who engaged 112k times with a one-word riposte to Royal Belgian Football Association’s ‘VENI, VIDI …’ portentous Friday … Read More England and Germany go head to head on Twitter engagement

Ahead of Tuesday’s Wembley clash between England and Germany the #ThreeLions lead the charge on Twitter engagement – but like the post-1966 power balance between these two footballing nations, it’s nuanced stuff. For both teams core engagement success is attributed to celebrating individual player performance and expression. England’s official Twitter account toasts Arsenal central midfielder … Read More 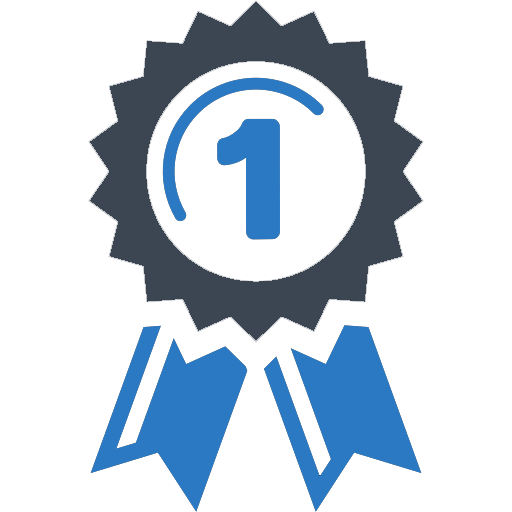